TOUR QUALITY FEEL IN A NIGHT GOLF BALL: Now you can play the best glow golf balls  (glow in the dark night golf balls) in the industry. When you want a glow golf ball that won’t break your club or hit like a rock, the GlowV2 is unmatched. It out performs LED night golf balls and glow stick golf balls in distance off the tee, feel off the clubface and long life of it’s glow. 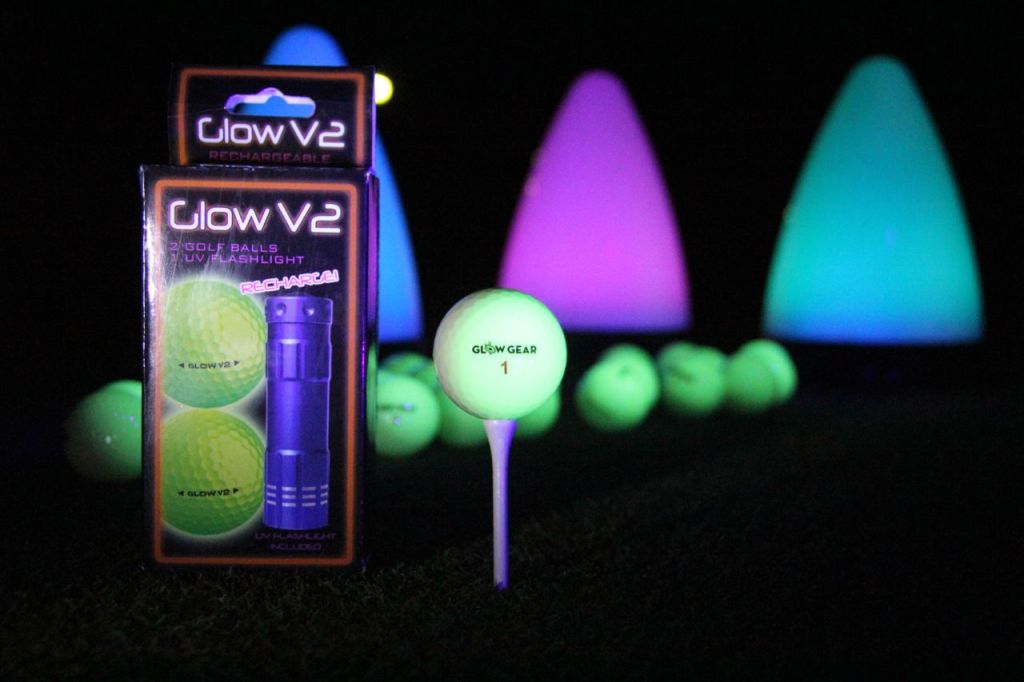 HOW THE GlowV2 WORKS: The GlowV2 glow golf ball uses photoluminescence in the skin to light up the ball. Just place it on the UV Glow Charger or UV flashlight for a few minutes and it will glow brightly for 8-10 minutes. Then have a slow after glow for hours.

WHAT MAKES THE GlowV2 Glow Golf Ball SO REVOLUTIONARY is that it’s the first night golf ball with a true 90 compression COR rating. This means true bounce off your club face and no need to club up to compensate for the deadness of an LED night golf ball’s battery core.

LED night golf balls are famous for being bright, but also breaking clubs and making players club up several clubs because the core is so dead. By putting photoluminescence in the skin of our glow golf ball, we provide a glow ball that has true bounce and as good a performance as the best tour golf balls like a Callaway HX and Titliest ProV1

Now you can start scoring and hitting low when you play night golf because you will never have to club up again. Never have to guess at your distance. Just play the same clubs and distances you would during the day and the Glow Tour V2 will perform like your favorite golf ball. And, the Glow V2 is made here in the USA