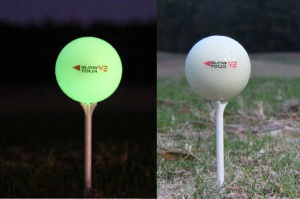 The GlowV2 is the best feeling and performing glow ball golf ball in the industry.

When you want a ball that won’t break your club or hit like a rock, the Glowv2 is unmatched. It out performs LED night golf balls and glow stick golf balls everytime. The GlowV2 uses photoluminescence in the skin to light up the ball. Just place it on the UV Glow Charger or UV flashlight for a minute and it will glow brightly for 8 minutes. Then have a slow after glow for hours.

What makes the GlowV2 so revolutionary is that it’s the first night golf ball with a true 90 compression COR rating. This means true bounce off your club face and no need to club up to compensate for the deadness of an LED night golf ball’s battery core.

– By packing the skin with a proprietary glow pigment, the GlowV2 gives off a bright glow for a solid 8 minutes without compromising feel or performance. Then it glows steadilly for another 6 hours of after glow

-A true 90 Compression core gives the GlowV2 unserpassed bounce off the clubface and true distance no other night golf ball can claim. It flies so well that you can play it during the day just like your favorite tour quality golf ball. 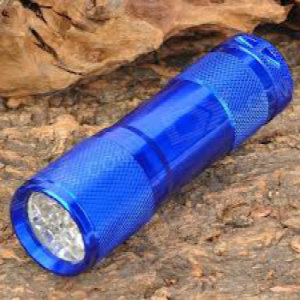 Now you can start scoring and hitting low when you play night golf because you will never have to club up again. Never have to guess at your distance. Just play the same clubs and distances you would during the day and the Glow Tour V2 will perform like your favorite golf ball. Best of all, we are made in the USA

Glow Ball golf was developed as a fun, innovative way of furthering existing player’s game, and for fun!. During many months of the the year there are twice as many night time hours as there are day time, which makes Glow Ball golf the perfect addition to any country club or golf course. Extend the limited hours available for golf every day by replacing those night time hours with glow ball golf!

Add the GlowV2 Glow Ball to your Glow Gear

Glow Balls may be the most important part of the night golf experience but they are by no means the only accessory. To find out more about Glow Clothing visit Glow Gear – a lighting, action wear and event company started in 2012 by Robert Peterson and Gwen Abel. They strive to open up the night with upscale lighting for all kinds of sports from Golf to running. Their mobile, rechargeable glow lights also serve to light up walkways, driveway and out door parties.